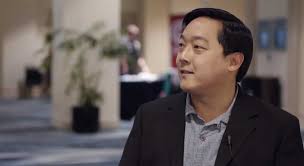 Charlie Lee, the originator of the Litecoin cryptocurrency, crypto investors have nothing to worry about if they can keep their eyes on the focused long-term.

“It’s all about speculation these days, but in the future, the price will reflect the success of cryptocurrencies,” he told CNBC.

Lee further emphasized that short-term price movements don’t necessarily tell us anything about the success of cryptocurrencies and that it is crucial for investors to keep their eyes on the long-term trend instead. Giving this year as an example, the Litecoin creator said that we have seen “so much adoption in bitcoin and litecoin, but the price has dropped like 60% or 70%.”

When asked, he believes bitcoin will come back to its all-time high of approximately USD 20,000; Lee pointed out that although he’s been in the space for seven years now, it’s hard to predict prices, saying “sometimes it comes back within six months, sometimes it takes three or four years.”

Regarding investing in cryptocurrencies, Lee said that buying bitcoin and litecoin “on the way down” can be a good strategy for long-term appreciation “as long as you don’t spend money that you can’t afford to lose.”

Lee further said that he now wants the Litecoin community to focus on technology adoption and scaling, “things like Lightning Network and sidechains,” which he said will be the main topic of the upcoming Litecoin Summit on September 14 and 15. He continued that the currently lowered prices represent an excellent opportunity for developers to “put their head down and get stuff done.”

It appears that the community has taken the message from the Litecoin founder seriously. Earlier in August, Lee praised a new wallet called Lite.im that allows people to send litecoin payments via the hot Telegram messaging app. 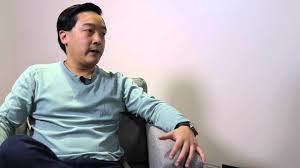 Charlie Lee is the originator of Litecoin, who also worked as the Director of Engineering for Coinbase. Charlie Lee was born in Ivory Coast Africa and later moved to the United States, where he earned a master’s degree in computer science from MIT.

Charlie Lee has worked for numerous tech companies, including Google.

Charlie Lee came across Bitcoin and blockchain technology in 2011 and became quickly became fascinated with this idea.

Still, he saw that Bitcoin had its flaws and none of the altcoins managed to offer something different and new. Subsequently, he went to work building a better cryptocurrency and came out with Litecoin – a cryptocurrency with faster transactions, a more massive maximum supply and a script-based hashing protocol that was fast enough to become one of the most popular cryptocurrencies on the market. After creating Litecoin, Charlie worked at Coinbase as the Director of Engineering but has now returned to full-time work at Litecoin.