Gorilla Corning Glass 6 will protect your next phone from 15 drops in a row. 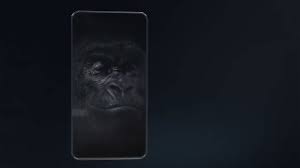 Gorilla Corning's Glass covers the displays of Apple phones, LG, Samsung and many more, and two years after the last refresh, Corning has just unveiled Gorilla Glass 6. Now more durable than ever, the new covering glass can survive up to 15 successive drops from a meter (39 inches) high.

Wouldn't recommend putting it to the test right away – that number of successive survived drops is an average, so your mileage may vary.

Nevertheless, it should come as some relief if you've got a tendency to let your smartphone slip from your hand. Not yet confirmed which phones are going to make use of the new glass, but if it isn't the remaining flagships of 2018, it should be attached to at least some of the top phones of 2019. 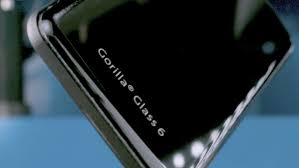 "Gorilla Glass 6 is an entirely new glass composition that can be chemically strengthened to give it significantly higher levels of compression than is possible with Gorilla Glass 5," says Corning's vice president of technology and product development, Dr. Jaymin Amin. "Moreover, with breaks during drops being a probabilistic event, the added compression helps increase, on average, the likelihood of survival through multiple drop events."

The chemical strengthening involving a process of ion exchange, where large ions get packed tightly into the glass surface at extreme temperatures – that's how the compression happens when the glass cools back down.

Gorilla Glass 6 is more than twice as durable than Gorilla Glass 5 at surviving multiple drops, Corning says, and we need that kind of toughness in our phones – a consumer survey conducted for Corning suggests we drop our phones an average of seven times a year, with half of those drops from more than a meter.

At the same time, Corning has confirmed that scratch resistance is at the same level as it was on Gorilla Glass 5, so there's no improvement in that department.

The new material arrives at an appropriate time as well – not only are border bezels disappearing from the front of phone designs, but many manufacturers are also adopting a glass backing for their phones (with improved support for wireless charging one reason why). If an all-glass device takes a tumble, it could end up cracked on the front and back.
Technology