Police warn officers against associating with politicians in Osun. 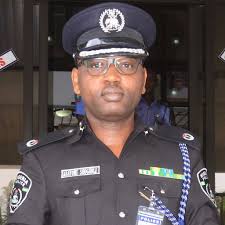 Nigeria Police warned its men and officers that will implement security in the Osun Sept.22 governorship election to abstain associating with politicians or collecting bribe from them.

After he delivered the warning, he visited the Correspondents’ Chapel of the Osun Council of the Nigeria Union of Journalists (NUJ). Shogunle said any police officer caught with any improper conduct before, during and also after the election would be punished appropriately. The Deputy Commissioner of Police said PCRRU was installed two years, adding that about ten police officers had been removed, based on complaints. He further said the response unit had retrieved and returned about N11.1million to victims who lodged complaints, following an investigation. Shogunle revealed that team was in Osun to meet different stakeholders and refine police personnel against improper conduct before, during and after the Osun election.

“There is going to be a hard punishment for any police officer found guilty of any improper conduct. “We are here to assure free and credible election. “The Nigeria Police is not backing any candidate, and our position is to ensure level playing ground for all the candidates,” he said. He also advised politicians to cease from inducing voters during the election, saying the intelligent unit of the police would detain anybody caught giving money to voters on election day.