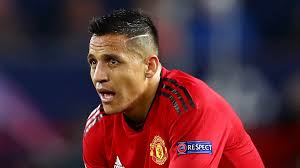 Spurs to beat Arsenal to Almiron signing
Tottenham is set to beat rivals Arsenal to the signing of Atlanta United star Miguel Almiron, according to Futbol a lo Grande.

The attacking midfielder had strongly linked with the Gunners, but the report claims that €25 million (£22m/$28m) will be enough to land the Paraguayan. 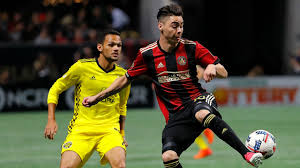 Schweinsteiger's Fire future unsure
Chicago Fire midfielder Bastian Schweinsteiger could be playing his last match for the club on Sunday.

The German told the Chicago Tribune that he didn't know if he would be back with the club next season.

"That’s a question for the general manager or the owner,” he said.

The Fire suffered through a season that, with one match remaining, saw the club pick up just eight wins and a recent release by the player's union shows that Schweinsteiger is the fourth-highest paid player in the league.

Madrid make a last-ditch run at Pochettino
Real Madrid is making a desperate late run at Tottenham boss Mauricio Pochettino, according to The Sun.

Former Chelsea boss Antonio Conte is reportedly the favorite to replace Julen Lopetegui as manager with the Spanish giants.

But club brass would rather have the Spurs boss, who they missed out on in the summer.

Mexico's Guzman drawing European interest
Victor Guzman has been the subject of interest both from clubs based in Europe and from other Mexican teams, Pachuca president Jesus Martinez said to PressPort.

The midfielder continues to play well both with Tuzos and the national team and could follow Hirving Lozano and Erick Gutierrez out the door, with the president saying he'd prefer to have the player keep growing at Pachuca before moving across the pond rather than join up with a regional rival.

Alexis Sanchez is wishing for an exit from Manchester United with Paris Saint-Germain at the top of his list, reports the Mirror.

The forward has fallen out of favor at Old Trafford and grown tired of Jose Mourinho's criticisms of him, so his agents are looking for a potential exit.

PSG are one of the few clubs who could afford Sanchez's wages and pay a transfer fee, which United want, but clubs in Spain and Italy also remain possibilities.

But Piatek has raised interest from Rome, Inter and Naples, and Genoa could be tempted to withdraw money from players who have only paid £ 3.5m this summer.

Jose Mourinho wanted to sell Martial this summer, but the head of the Red Devils has been working since then to try to tie the front with a new contract.

Although Martial expires in 2019 but has a one-year option, he has rejected the latest bid; discussions will continue.

Crystal Palace will support Hodgson with his striker in January
Crystal Palace has decided to support Roy Hodgson by signing one of the best pug-pirates this winter, the Daily Mail says.

Eagles are the second team with the most goals in the Premier League this year because of injuries and inefficiencies.

The palace knows they can not count on the recovery of Christian Benteke and Conor Wickham to push Hodgson. The funds will be allocated to Hodgson to improve his team's performance.

Mourinho fears that De Gea will leave Juventus
Jose Mourinho is all the more awesome for David De Gea to leave Manchester United for free for Juventus when his contract expires, reports the Sun.

De Gea did not want to sign the extension of his current contract, which expires this summer, but it can be extended for another year by the Red Devils.

Juventus has gained a reputation for attracting the best talent in the free market and takes a close interest in De Ge - which could cause United to sell this low price this summer instead of losing it forever.
Labels: business-news