The Italian financial regulator has rejected a cryptocurrency related project for allegedly unauthorized investment services, according to an official statement published on December 14.

A company that the CONSOB banned, Avacrypto, would offer its services to the Italian public without the necessary approval, including via the website www.avacrypto.com. At the time of printing, the Avacrypto site is unavailable.

Earlier in December, CONSOB suspended two more projects for 90 days due to allegedly suggesting false investment programs in cryptocurrencies. Two companies suspended by Consob - the Bitsurge Token and Green Energy Certificates - would be false projects of Avalon Life, a company with no headquarters in the European Union (EU). 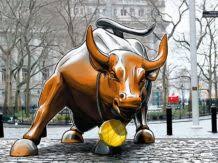 The Regulation defines a "virtual currency" as follows: "a numeric view of a value not issued by a central bank or a public body and not necessarily associated with a fiduciary currency used as an exchange tool for the purchase of goods or services, and transmits stores and is exchanged electronically. "

Later in June, Fabio Panetta, deputy governor of the Bank of Italy, presented his vision of the digital currency of the central bank.

Panetta pointed out that one of the main potential reasons for their issuance was to reduce the cost of production, transportation, and sales of cash. He also considered that their benefits were "at best insecure" compared to the existing digital payment mechanisms offered by the private sector.