Nokia 8.1 Plus including pinhole selfie camera revealed in crisp renders 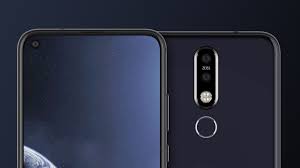 The first images of the next Nokia smartphone are published.

@OnLeaks and 91mobiles have released the first screenshots of the next Nokia smartphone, probably called the Nokia 8.1 Plus. It is well known that @OnLeaks got the official specifications of the cases sent by the manufacturers to the manufacturers. Based on these leaks, he creates CAD views and videos. It then shares the images on different websites. Probably this is happening here.

The first thing we've noticed about these visualizations is that Nokia monitors other new devices and uses the front camera to make it virtually impossible to watch on the next smartphone. This design was also used by Samsung and other companies to integrate with the camera and minimize edge edges. It's about drilling holes in the corner to match the selfie camera.

The Nokia 8.1 Plus should have a 6.22-inch Full HD resolution screen. Perhaps most importantly, the device will have a 3.5mm headphone jack. The headphone jack seems to be back in the way, people complain about their disappearance on the phone. On the back of the headset, there is a glass plate and a fingerprint sensor. The fingerprint sensor will not be displayed.

It will use a USB connector type C and a dual rear camera with Zeiss lenses and a dual flash. The phone itself will have 159.9 x 76.2 x 7.9 mm, with a camera embossment that exceeds 9.5 mm. Due to the dual design of the camera and the lack of integrated fingerprint sensors, the Nokia 8.1 Plus will not compete with major devices such as iPhone XS, but it will still be very profitable.
Phone