US Ex-Congressman Says Regulators’ Approach to Cryptocurrency Is Obstructing Innovation 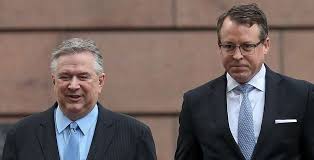 Former Republican Representative George Nethercutt advocated a cryptocurrency but criticised US regulators' access to the article in The Hill's Political Press on January 14th.

Nethercutt - representing the US state of Washington for ten years, starting in 1995 - is now the founder and president of Nethercutt Consulting LLC and its nonprofit foundation Nethercutt Civic Foundation.


In his recent American policy review, both in the country and abroad, Nethercutt establishes a sharp contrast between the US State Department's US intellectual property protection and the work of regulatory bodies. 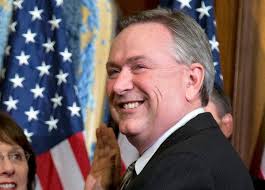 "While US State Department officials are trying to compete for American innovation, US regulators like the Securities Commission (SEC) are slowly commenting on the cryptocurrencies," he said.

"It has alleviated innovation and left many US companies outside the regulatory limbo, especially as to whether their chips are classified as securities."

DIP continues to be criticised by the Cryptocurrency industry. His aim of targeting misleading cryptographic companies using counterfeit securities laws in the 1930s has led to allegations that the organisation automatically adversely affects the cryptocurrencies.

Confusion has also come from overlapping agency activities with the US Commodity Trade Commodity Trade (CFTC). The CFTC president confirmed in an interview last year that the two entities differ significantly in their approach in the same area.

For Nethercutt, however, the titles must be separated from the new cryptographic industry.

"From a legal point of view, experts have concluded that securities regulations simply do not apply to currency crypts," he continued:

"It is time for policymakers to share this approach, allowing innovations to continue to flourish."

In June, DIK officials publicly stated that neither Bitcoin (BTC) nor Ethereum (ETH) - at that time the two largest cryptocurrencies of market capitalisation - were not securities.