Telefónica, Spain's largest multinational telecommunications company, has teamed up with Microsoft to expand its digital innovations using blockchain and artificial intelligence, according to a statement released on February 25.

Telefónica, which has formed numerous partnerships in the blockchain system over the past few months, will now use the Microsoft Azure platform to develop new services for the telecommunications sector. 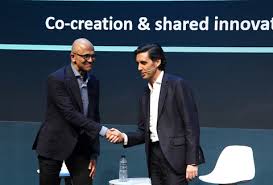 The agreement was concluded at the World Mobile Congress in Barcelona.

"Together, we will take advantage of the strength of Azure and Azure AI to create new and innovative experiences for millions of Telefónica users around the world and to shape the future of the Telefónica network," the statement said. from Microsoft, Satya Nadella.

The scope of cooperation is considerably broad. According to Microsoft, this will include customer-oriented technological enhancements, based on the previous work of both companies.

"More specifically, we are already using artificial intelligence to improve customer relationships, and we are excited to be working with Microsoft to increase the power of Azure AI further," said José María Álvarez-Pallete, President and CEO of Telefónice. :

"This agreement strengthens our relationship and our common belief that AI technology and data usage should be based on sound ethical principles and empower users to control their digital lives." 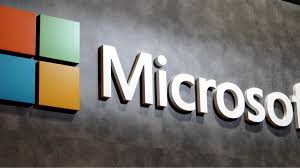 Earlier this month, Telefónica announced that it was looking for blockers and AI contractors as part of the Small Business Industries Initiative Assistance Initiative.

According to Cointelegraph's report, last year's research predicted that the value of blockchain in the global telecommunications sector would exceed $ 1 billion by 2023.
Labels: Cryptocurrency