February 04, 2019
Xiaomi expands its reach, settling in the UK in 2018 and seeking international growth. He booked a press event at the Mobile World Congress in February and could see the launch of a new leading product - Xiaomi Mi 9.

The device that should be Xiaomi Mi 9 was observed in the wild, suggesting that this future leading boat would have a system with three cameras at the back, rather than Mi 8. A leak would be in the hands of Xiaomi exec, although there is little we can check here.

Earlier rumors hinted that the Xiaomi Mi 9 would use Snapdragon 855, although it remains to be seen whether it will be 5G or not. There will probably be a 6.4-inch AMOLED display and a 48-megapixel camera as well as a built-in fingerprint scanner. 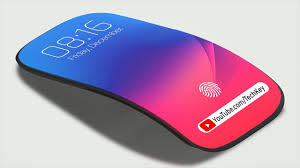 This would mean that the new Xiaomi phone will adopt some of the Mi 8 Pro - scanner features - and that, seeing the phone in the executive power hand, there is no fingerprint sensor at the back of this phone. The latest conceptual images of Ben Geskina on Twitter give us a better picture of how the phone might look.

Xiaomi recently launched the Mi Mix 3 slider - and we know that the company is planning the 5G version of this device, which was previously revealed at the China Mobile event and again at CES 2019; But it's time to get a new Xiaomi leading phone and, given the growing international reach of the company, Xiaomi Mi 9 could be widely available. 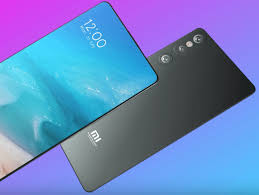