April 19, 2019
Donald Tapscott, executive director of the Blockchain Research Institute, said the Chinese official currency, the renminbi (RMB), would become a cryptocurrency, in an interview for Bloomberg on April 17th.

In a conversation, Tapscott discovered that he recently attended a meeting with Vice President of the Communist Party of China, who recalled that President Xi Jinping believed that blockchain was one of the most important technologies of the country's future.


"It is not necessary to prohibit trade and mining because we will no longer use Bitcoin in China for 20 years." The Chinese will use RMB; the only RMB will become crypto valued. "China's central bank will make digital currency."

Asked if decentralized exchanges could work in China - which had previously banned the initial coin offer (ICO) - Tapscott, they could do so even though the government was firmly committed to reducing digital currency. 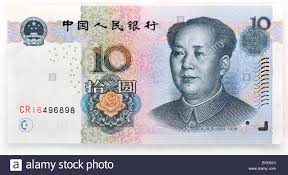 Chinese authorities have long debated the possible ban on mining the cryptocurrencies. The National Development and Reform Commission (NDRC) allegedly included in its draft of the revised list of industrial activities the mining cryptography that the agency intends to close because "they did not have safe production conditions, seriously lost resources, contaminated environment" other issues.

However, the country remains the main player in the Bitcoin market, with most of the major bitcoin mining deposits being controlled by local organizations. By mid-2018, cryptographic operator Bitmain reportedly used up to 11 mining farms in China and would, therefore, be greatly affected by the plans announced by NDRC.


As for blockchain, China will lead the number of blockchain projects in progress in the country. There are 263 blockchain-related projects in China, representing 25% of the total global value.

Last month in Jiangsu Province, a multi-year project entitled "Implementation Plan for Promoting Traffic Infrastructure Development" was presented. According to the plan, blockchain will be one of the technologies that local authorities use to redesign local traffic infrastructure.