The San Francisco-Thor Token project will soon be completed because the project "was unable to gain ground and achieve commercial success." The news was announced by Thor's co-founder and chief executive officer David Chin on April 9th.

Thor - a Neo-based company (NEO) - has announced its closure, cannot collect enough capital to face the shortage of sales and find a new place where it could have more resources. 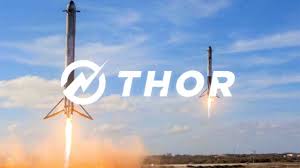 Chin found in his message that the company was trying to find the right person or entity who would entrust Thor's project permission to continue, but currently did not find anyone to buy. Chin further stated:

"Thor will cut off its business in the near future as no other financing or purchase offer has been found. [...] All Thor's code and products remain open-source software that the community can use, modify or expand for their benefit."

In the last few months, various digital currency projects have closed. In December last year, a large US firm Stablecoin, based on a major Stablecoin project, would cease to work and give its investors a major portion of the $ 133 million raised in private placement last April. This decision is due to regulatory concerns regarding one of the basic types of chips.

In January, the Chinese Cryptocurrency giant Bitmain announced that it would reduce its activities in the Netherlands. Bitmain said that this step is part of a long-term plan of measures to reduce costs. Bitmain allegedly suffered from lower profitability of Bitcoin mining in the past few months, with Bitcoin (BTC) running around $ 4,000.
Labels: Cryptocurrency