June 08, 2019
The city of Vancouver, Canada, is planning to ban automated ATMs for Bitcoin (BTC) due to money laundering issues, said Next Web on June 5.

Vancouver's mayor, Kennedy Stewart, has proposed banning the sale of Bitcoin machines due to a growing number of money laundering cases. The Next Web report states that criminals can buy a bitcoin for a few thousand dollars and then pay their money to this counter "as often as necessary" to take advantage of the transaction fees or eliminate them.

According to CoinATMRadar, industry surveillance resource, there are 694 Crypto-Currency ATMs in Canada, including 76 in Vancouver, at the time of printing. 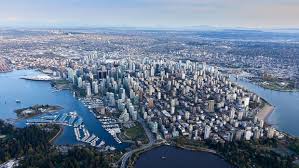 Last month, eight people were arrested in Spain for the alleged money laundering by exchanging money for cryptographic assets. Individuals would use automated cash registers and allocate funds in small amounts to bring them into the financial system without reporting transactions as suspicious.

As announced in January, Coinme, the first US-owned bitcoin operator who has been granted a license in the United States in 2014, signed a partnership to sell bitcoins in kiosks owned by Coinstar.
Cryptocurrency