Every August 26, Best Friend Man celebrates International Dog Day. It was the American Behavior Campaign, Colleen Page, that organized National Dog Day in 2004. The idea was to get people to adopt rescue dogs and raise public awareness of dog abuse.

In the end, thanks to the importance of social media platforms like Twitter and Facebook, the idea made its way internationally and the date is celebrated today as International Dog Day.

Every August 26, Twitter is full of photos of all kinds of races, from Schnauzer to Spaniards, through Corgis and Cockapoos. Celebrities also took the opportunity to show off their colleagues, such as Yusuf Islam (formerly Cat Stevens), Richard Branson, and longtime animal rights advocate Ricky Gervais. 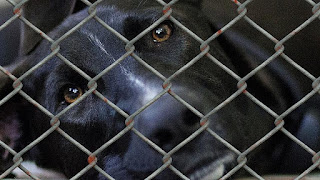 Lucy's Law is a campaign to protect puppies and their mothers from inhumane and unsafe puppy rearing practices, as well as from selling puppies to third parties through places such as pet shops. It was started by dog ​​owner Lisa Garner after rescuing Lucy, King Charles of Spain. Lucy suffered from malnutrition, curved spine, bald spots, and epilepsy as a direct result of her treatment. Three years after Lisa rescued her, Lucy passed away and in her honor, Lisa launched Lucy's Law Campaign.

The goal of the campaign is to persuade governments to implement new laws on the sale and purchase of cats and dogs. So, anyone who wants to buy a puppy or kitten for less than 6 months must go directly to the breeder or rescue center. So far in 2019, England and Wales have confirmed that policies proposed by Lucy's law will become common law, but Scotland has not done so yet, despite increasing pressure from animal rights activists.

Europe has mixed results with similar legislation protecting the welfare of dogs and cats. In Italy, selling puppies under the age of two months is illegal. France has a similar law banning the sale of puppies and kittens under eight weeks of age.

Spain does not have a common law for puppies or kittens across the country, but the law of the Madrid region requires dogs and cats to be at least three months old. to be sold.

Lucy's law will enter into force in England in the spring of 2020.
Labels: News