Showing posts from January, 2020
Show All

It will be a powerhouse: Samsung Galaxy S20 Ultra specs 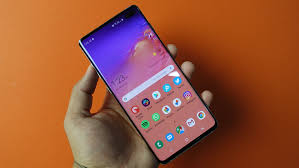 Samsung's leaks are currently appearing several times a day as the company prepares to launch the Samsung Galaxy S20 series at Galaxy Unpacked on February 11th. We now have a few leaks that give us a better picture of the high-end phone, a phone currently called the Samsung Galaxy S20 Ultra, and it seems Samsung is out there to get the specs off the chart. Once again, the specification comes from Max Weinbach on Twitter, saying the S20 Ultra 5G will be available in 128/256/512 GB storage with microSD up to 1 TB. https://jvz1.com/c/1186489/331881 12GB and 16GB of RAM will be offered for this phone, while the battery weighs 5000mAh, with 45W charging capability.     Other rumors have been that the Samsung Galaxy S20 Ultra will be available with the Qualcomm Snapdragon 865 or Exynos 990 and swamped with cameras at the back. These cameras appear to be driven by a 108-megapixel main unit, with a 10-megapixel 10x optical telephoto lens and an ultra-wide 12-megapixel came
Post a comment
Read more
More posts