February 03, 2021
It a great thing on every annual refresh of iPhone, it is one of the biggest events in technology, it's the phone that many people strive to own, one that sets the trends, and others phones are all watching to better. The latest leaks and rumors are nothing new to the world of technology, getting a report about unannounced Apple devices is reasonably rare. They don't leak as comprehensively as a Google phone or a Samsung phone, but I am picking up everything I hear about the year 2021 iPhone models.

When will Apple iPhone 13 be released? Believably by September/October 2021 Normally Apple holds their iPhone event on the second week of September and usually on Tuesday. Supposing 2020 had been a regular year, the iPhone 12 would likely have been revealed on 8th September 2020. But Of course, 2020 was not a healthy year thanks to the ongoing world situation. Alternatively, Apple revealed the iPhone 12 series on 13th October, breaking the ornament(lol) and making it more difficult to conclude when the iPhone 13 (or iPhone 14) event would take place. Probably if this pattern would return to normal for the year 2021, iPhone 13 event can take place on the 7th September 2021. But nothing is verified as yet, nor will it be until at least the end of August 2021. When it comes to price, we would expect the iPhone 13 series to start almost at the same as the iPhone 12 series. What do you think iPhone 2021 will be called? iPhone 13/14 Pro Max, iPhone 13/14 Pro, iPhone 13/14 mini, iPhone 13/14 Early in the 2017, it was very easy to guess what the next iPhone would be called. From the iPhone 3G up to iPhone 8, Apple used progressive numbers and that was that. iPhone 12 mini, iPhone 12, iPhone 12 Pro and iPhone 12 Pro Max was launched in the year 2020, so it is likely that 2021 iPhones can be called iPhone 13 mini, iPhone 13, iPhone 13 Pro and iPhone 13 Pro Max, that is if they release four iPhones again. 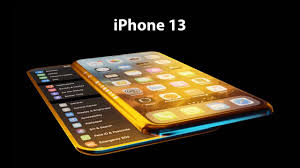 People always say the number 13 is commonly associated with being unlucky, Apple could skip 13 and call the year 2021 iPhone, iPhone 14 mini, iPhone 14, iPhone 14 Pro and iPhone 14 Pro Max. There have been talks of the iPhone 12S jumping around. The Design It will be Similar design and Squarer edges Apple iPhone 12 models came with a new design, offering squarer edges like that of iPhone 4 or 5. Therefore it's is likely iPhone 13 models will stick with this design. The Displays It will be All OLED, 120Hz refreshed rate iPhone 12 models all offered OLED displays, so it's likely iPhone 13 models will also all carry OLED screens. iPhone 12 series comes in a 6.7-inch, 5.4-inch model, two 6.1-inch models. The display sizes changed in 2020, I believe they will stay the same for the year 2021, though you never can tell. Some other speculation also suggest that an in-display fingerprint sensors for this iPhone 12. But this never appeared, maybe this could be something iPhone 13 models might look to introduce alongside the Face ID. The Cameras I think Pro models will be likely better, with improvements. Recently there are no many rumors about the cameras of iPhone 13 models, but I suspecting Apple will continue offering a better camera setup on iPhone 13 Pro models. I am also hoping to see a standard iPhone 13 Pro Max and iPhone 13 Pro. There are claims that suggest all models in iPhone 13 line might offer sensor-shift image, and this is currently been offered on iPhone 12 Pro Max, which will be a great thing to see. There are talks of an upgrad on ultra wide sensor with the four models having moving to a lens of an f/1.8 aperture comparing to f/2.4 offered in iPhone 12 models. 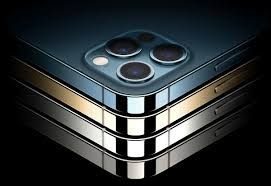 The Hardware and software It is 5G with A15 chip and iOS 15 iPhone 12 series offered 5G, but iPhone 13 models will do the same thing. They are also likely to run on A15 chip and iOS 15 software. Most software and hardware featured have not yet been detailed in this rumors, but I am expecting to hear more in the coming months, please continue to visit my page.